Today I was with a group that headed to Rikuzentakada, a city about an hour away from Ofunato by bus. The group has been working on cleaning rice fields of debris and digging out ditches along the rice fields.

The bus dropped us off at the rice fields and we could see the coast in the distance. Four lights from a baseball stadium stood out against the water. One of the All Hands staff members said that the stadium had just been finished, and now all that remains are the lights and the concrete parts of the building. That was all we could see.

Most of our team moved into the rice fields to start picking out debris. Two members and myself worked on digging out the last of a ditch that they began yesterday. As with the other ditches, we had to pry off the concrete lids, dig the soil out, and then put the lids back. The contents were sandier than the area in Ofunato, and there was less debris. The work went relatively quickly, and we finished up in time for lunch. The group working in the rice field ran into an area covered with oil and raw sewage, so they had to abort their final field before lunch. There are some areas that need a lot of attention, and All Hands is not equipped to handle everything unfortunately.

After lunch, we moved to a different area of the city with safer fields, and the bus drove us closer to the coast, giving us a full picture of the damage. All the buildings along the coast are gone except for one western building, which is a museum. Even it took massive damage. There was a giant hole through the middle.

While the rice fields were in bad shape, it looked like they had already had some work done. There were big treadmarks on the soil, and all the immense pieces of metal had been stacked in different areas. There was still tons of debris, and we collected as much as we could into piles of wood, metal, and other. After work, the team leader commented that she just had to turn off while working, otherwise she just focuses on every item that she sees…there are so many personal items spread out over the field.

The lesson of the day is always check the free box. Because this is communal living and because there are constantly people leaving and joining Project Tohoku, the common areas have a healthy set of free boxes – boxes of food, clothing, hygienic supplies, etc. Last night, really just for fun, I tried on a pair of neon yellow plastic overpants. They were a little too small, but I remembered them this morning when I noticed it was drizzling outside. I threw them in my bag at the last second and was lucky to have them. It rained or drizzled most of the day, and the overpants kept my jeans relatively wet and dirt-free. So thank you, whoever left this pair of pants behind. They really came in handy. I’m going back tonight to secure the matching overjacket.

(I think I’ll post pictures when I get back to Tokyo. I’m exhausted most of the days when I return, and resizing pics on my netbook isn’t as easy as on my other laptop. I haven’t taken too many photos either because I’ve spent most of the time working, but I will post them retroactively later.)

The coastline through the bus: 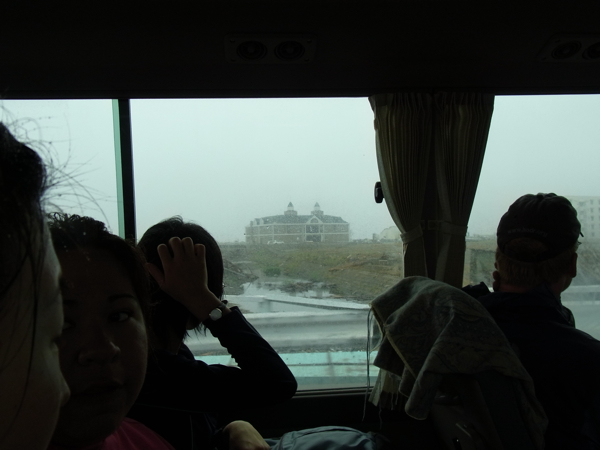 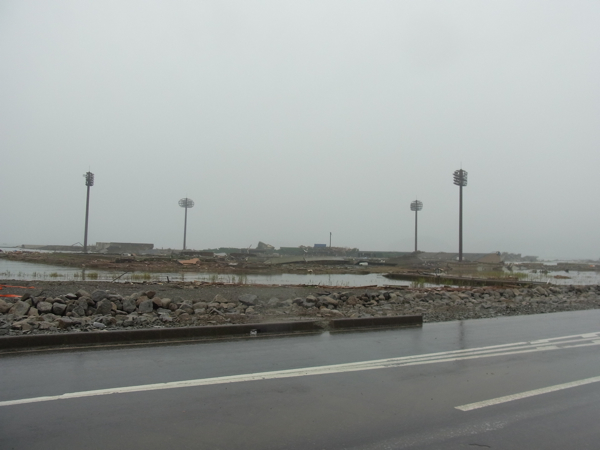 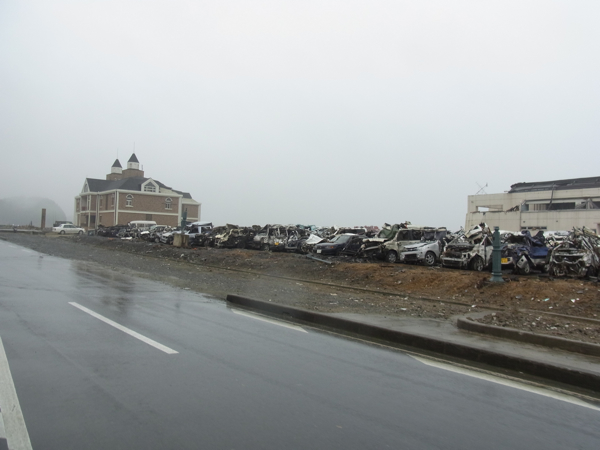 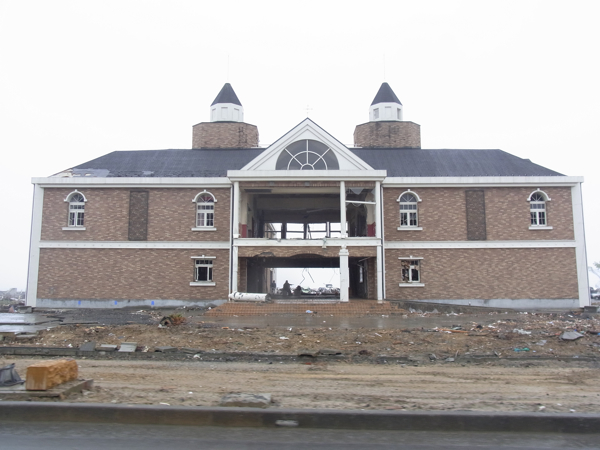 The photos from Rikuzentakada don’t accurately capture how complete the destruction is there. The whole coastline was wiped out. 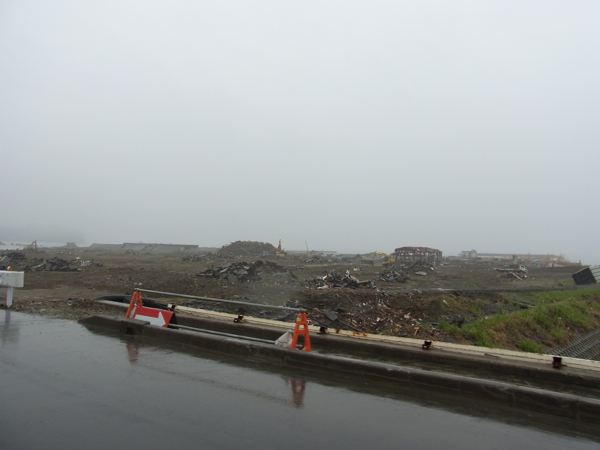 Here are some pictures from inside of Sakari Base, including the job board, dinner, and the common area: 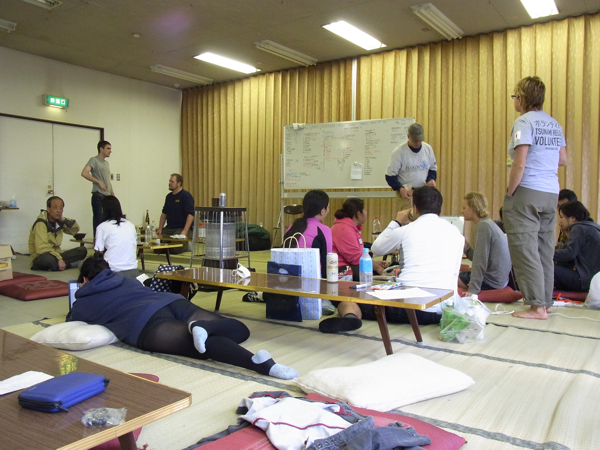 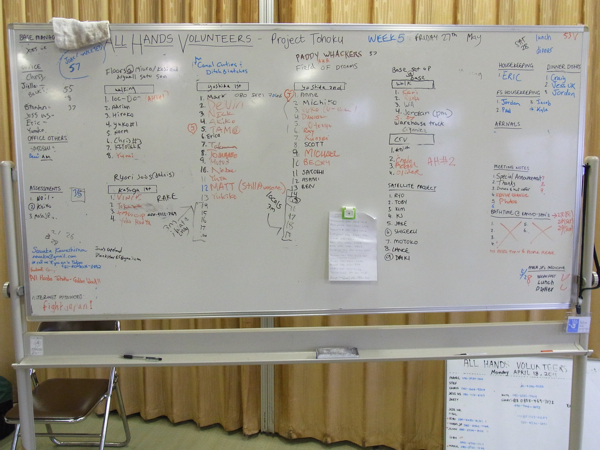 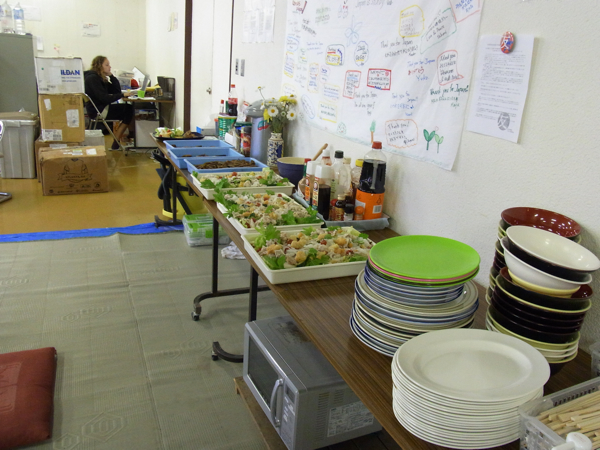