Back in the ‘90s and the early ‘00s when I first played through (parts of) FFVI, I had no idea how much the opera scene owed to karaoke culture, but now it’s totally clear. I mean, there’s a syllable for syllable midi voice of the Japanese lyrics. 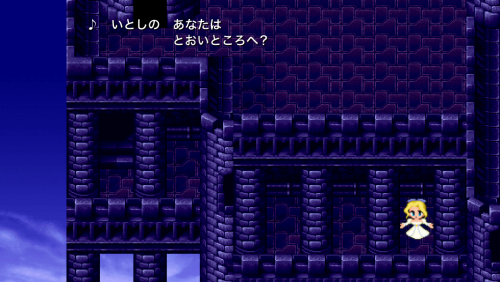 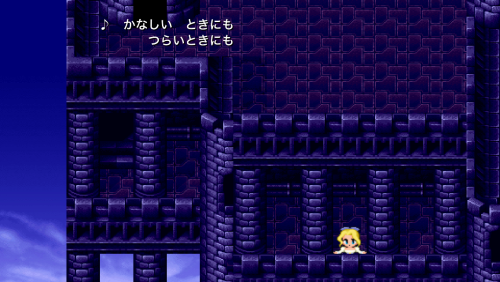 Now I’m seriously surprised that I didn’t hear someone sing this at a karaoke box. Maybe I just didn’t karaoke with the right people.

At any rate, the first word of the song, いとし, is one of those classic karaoke words that you hear in countless songs. I’m never sure sure how reliable Chiebukuro is, but this post seems to suggest an evolution of the word.

Currently it means “beloved,” or something of that ilk, and it often gets attached to people’s names or pronouns. The Southern All-Stars have the best translation in their song いとしのエリー, which doesn’t even use the word いとし in the lyrics: Instead, the chorus is “Eri, my love, so sweet.” “X, my love” is a pretty nice rendering.

On a side note, after watching this video of サザン lead singer Keisuke Kuwata belt out the song, I can’t help but think he’s had a huge influence on Japanese rock vocals (even though I know next to nothing about Japanese rock).

His weird growl sounds similar to some imitations of “foreigner Japanese.” It also seems extremely ripe for parody…which I may have to attempt at karaoke soon.