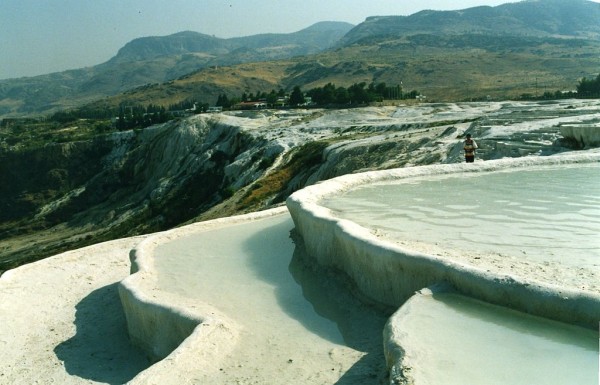 Chapter 20 “The Death of the Beasts” is another short chapter. This is the section of the book where the pace really starts to pick up. Part of that is because there is a lot of action in the “Hard-boiled Wonderland” section of the novel, but the other reason is because the “End of the World” sections are shorter in comparison. Chapter 21, for example, is 38 pages in the Complete Works, and Chapter 19 was 18. Chapter 18 and 20, on the other hand, are only 5 and 6 pages respectively.

In 20, Boku gets up one morning to the Town covered in snow and decides to go for a walk. He comes upon the Gatekeeper who says he should watch from the Watchtower as he blows the horn. When he does, it becomes apparent to Boku that many of the beasts have died in their sleep. He runs back to his room, his eyes in pain from the morning light. There the Colonel takes care of him and talks with him about the beasts.

There is just one small cut by Birnbaum (or his editor) in translation. Boku asks the Colonel why the beasts don’t move away to somewhere where they would survive:

“Why, I cannot tell you,” he says. “But the beasts cannot leave. They belong to the Town; they are captured by it. Just as you and I are. By their own instincts, they know this.” (202)

This is an accurate translation, but it leaves a few of the finals sentences out, as BOHE is known to do. I’ve marked these in red and kept Birnbaum’s version for the first half:

“Why, I cannot tell you,” he says. “But the beasts cannot leave. They belong to the Town; they are captured by it. Just as you and I are. By their own instincts, they know that they cannot escape from the Town. Or perhaps it’s because they only eat the trees and grasses that grow in the Town. Or they cannot cross the limestone wasteland they would encounter to the south. Whichever the case, the beasts cannot leave.”

BOHE has cut the unnecessary verbiage that attempts to grow the world beyond the Town and left the thought on the more ominous ending: They know this. This cut helps the dialogue flow more smoothly as well. Immediately after this, Boku asks “What happens to the bodies?” There’s no chance for him to get distracted about the limestone or the plants. His real concern is the beasts.

Although perhaps it does miss out on the idea that the Town is the safest option for the beasts, that while there are dangers within, outside is more desolate and dangerous.

No matter how you weigh it, this is a minor change. More dramatic changes are coming soon. Next week is the 38-page monstrosity that is Chapter 21, which I may have to divide across two (or three?) weeks because of the length and the number of cuts. See you then.