The final week of Murakami Fest 2021! Here are the previous posts: 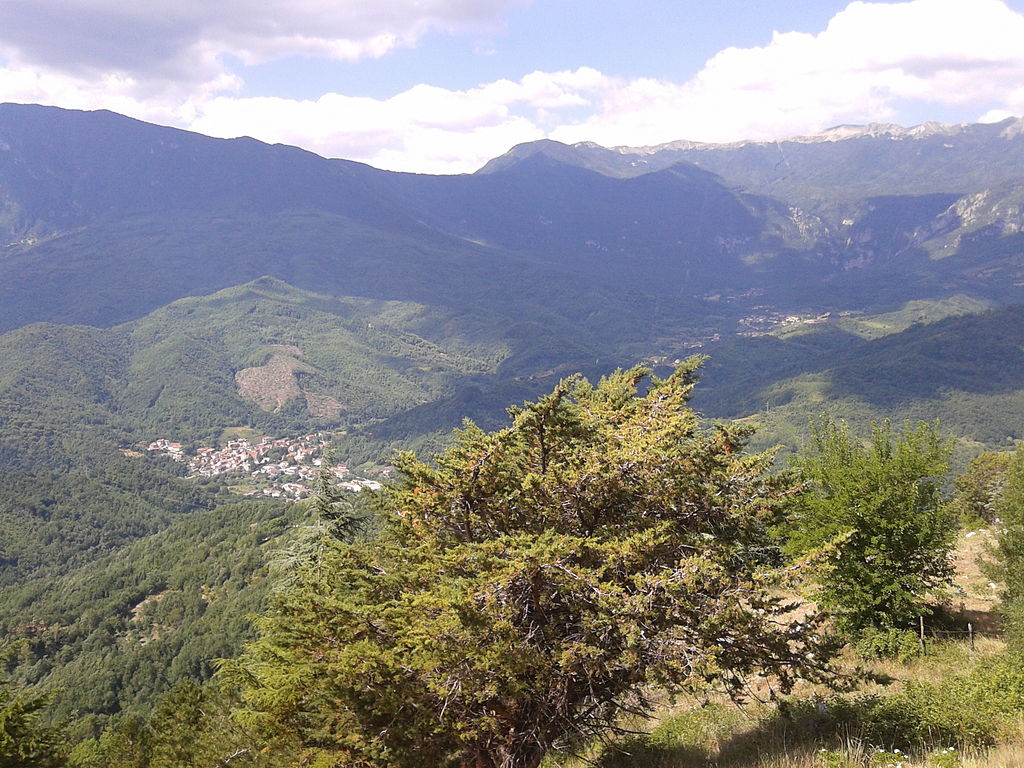 The next chapter is メータ村 (Meta). Ubi takes the group off the highway and they drive into the mountains through several small villages. It’s Palm Sunday and everyone walking around is holding olive branches. Ubi gives the background on some of the surrounding villages of Peschiera and San Savino. Despite their proximity to Meta, the people there walk differently and have a different worldview, or so Ubi claims. His father is from San Savino, his mother from Meta.

They see the father’s cottage he keeps in San Savnio, animals that he has around, and then they arrive at Meta, meet his mother at the family house and eat. Ubi’s dad comes in and is clearly a drunk; Murakami describes him as having a red nose like Santa Claus.

They head to a bar and meet the brothers, one who works in trade and another as a town council member. Then they go to the mother’s family home, which is made of stone and has a hidden area where the family secreted away an English pilot who crashed nearby during the war. The Nazis actually came to the village looking for the pilot, and when they couldn’t find him, they took away some of the young men (? – Murakami gives it as 若者) from the town.

The chapter is a return to form, for the most part. It does feel a little scattered, which I’ll chalk up to Ubi being scattered himself. Murakami does a nice job with the dialogue, keeping a running joke with Ubi’s catchphrase シンジラレナイ (“Unbelievable!”).

Here’s the closing section which is pretty nicely penned:

Evening approaches, and Meta gets colder and colder. Ubi and his mother and Usako and me and my wife go up to the old town at the top of the mountain. (Batista is wasted and shuts himself away in his hideaway in San Savino.) All we can see are mountains. And here and there in the mountains, small villages like Meta (but with different outlooks on the world and ways of walking) exist, fixed firmly to the mountain surface. A frigid wind whistles between abandoned homes. I can’t believe the German army made it to a place like this. I’m absolutely impressed. The Germans really are a diligent people.

He puts a cigarette in his mouth in the wind and lights it.

“Shinjirarenai (Unbelievable),” he says. And he laughs.

This appears to be a fortuitous ending to Murakami Fest this year: This is the end of a section, and in the next section it’s spring and the Murakamis are off to Greece. See y’all in 2022!