I’m in the Japan Times this week with a look at the 創作漢字コンテスト (Sōsaku kanji kontesuto, Created Kanji Contest): “Radical recombinations: Capture the moment with created kanji.” Tip of the hat to my editor Shaun who alerted me to this fascinating and fun contest. Also, HUGE thanks to the JT production team which turned my scribbles into actual fake kanji: 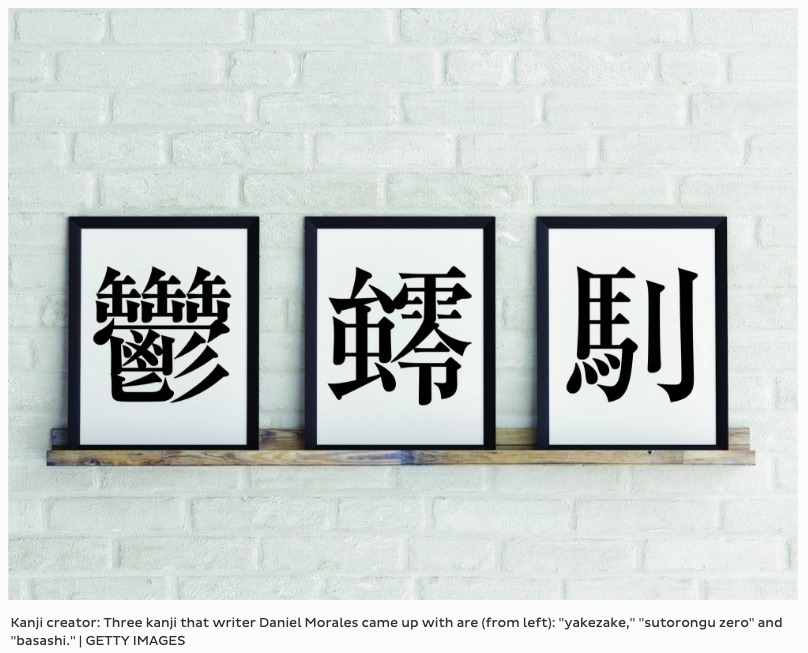 I think there’s a point at which it would be too early to introduce this contest to JSL students—you need to give them time to build up a familiarity with the language before they’d be able to do anything clever with it—but I can imagine it taking up part of a lesson for some teachers out there (nudge nudge, any of you Japanese teachers looking for lesson content) or at the very least an extra credit assignment. Maybe second year of study would make sense? It’s helpful to have students thinking about the role of radicals early on.

I found a couple interesting blog posts on the kanji for Nihonium, which is apparently not exactly a new kanji? I will admit to not fully understanding the connection between 鉨 and 璽 noted in the posts, but the archived original post on Yuwen.jp clearly explains how radicals are involved in the Chinese kanji for elements:

Wikipedia has an excellent rundown on the Japanese names for radicals of different orientations: 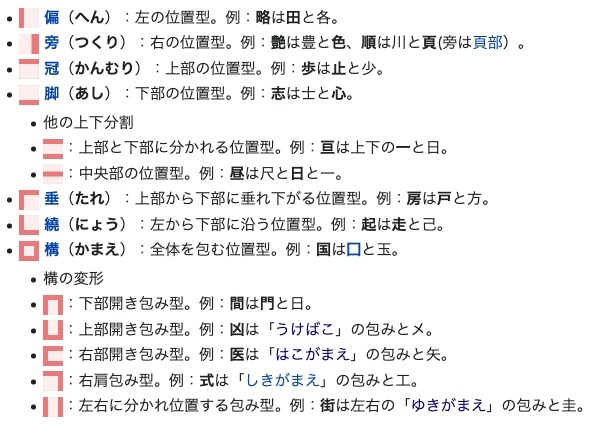 There’s an English explanation here. I don’t think I ever got these names for radical component locations formally in a class! At least not all at once in a list. I’m sure we looked at each radical at some point and talked about them, but I wonder if it would be useful to do a big drop at some point and force students to learn them. Then again, that might fall under the category of too much too soon.

The Wikipedia post doesn’t include the kanji for the radicals, so I’ll give those here:

These are the main component names, but according the Wikipedia post, there are a couple of other positions that don’t seem to have specific names (although each radical itself still has a specific name):

Anyone know what’s the deal with these components? Could be that some of these have only one example, like 凵部 (kanbu), which also seems to be referred to as うけばこ (ukebako), and 匚部 (hōbu), which gets called はこがまえ (hakogamae).