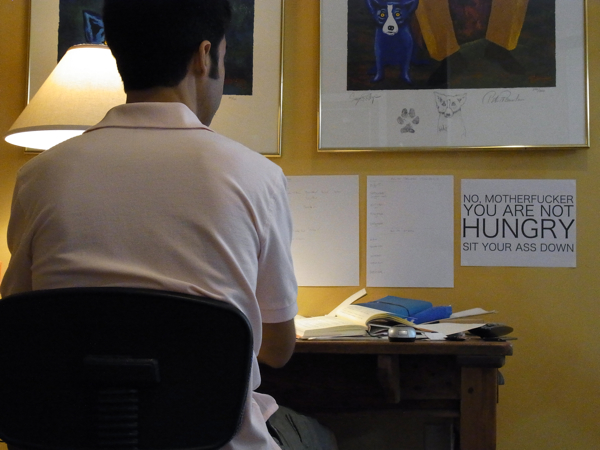 Sometimes I confuse the discomfort of studying with hunger – THIS IS FALSE.

“Unresolved mystery from the mind of Murakami”

This is my review of 1Q84 Book 3. It was tough to review this volume without providing some semblance of plot summary for the first two books, so avoid it if you are waiting for a spoiler-free English translation. Although, to be honest, one thing I’ve realized from reading 1Q84 is that Murakami’s fiction is process-based and not plot-based. You’re not reading to figure out what happens; you’re reading to experience the action of the novel along with the protagonist. So spoilers shouldn’t matter all that much. This is also why I think Murakami is weak when writing in third-person: he depends so heavily on tying a reader’s feelings to a single character (easy to do in first person) to make the process feel more immediate that he can’t write complex third-person fiction. The flip flopping of chapters is kind of a weak way to mix up the point of view. At least in other novels where he used the technique he was telling different stories. Ugg. Depressing. SHORT STORIES. WRITE SOME SHORT STORIES.

A little extension on the linguistic aspect of this article. Japanese commenters on various websites note that “beer gardens” are ビアガーデン rather than ビールガーデン because it’s closer to the English pronunciation of the word “beer,” but that begs the question why beer isn’t always pronounced like that. One possible answer is that ビア is one syllable shorter, making the longer compound “beer garden” one syllable more efficient and easier to say. It also prevents there from being two awkward long vowels that result with ビールガーデン.

“Tachiyomi: Do it on your device”

I can’t believe that this app hasn’t existed until now. I think the only excuse is probably the rights for the magazines themselves. Although, the real secret is that most people tachiyomi comic monthlies – not magazines – so it’s easier to read the “whole” issue. I bet they target the current episode of the stories they follow and then just skim the rest of the issue. 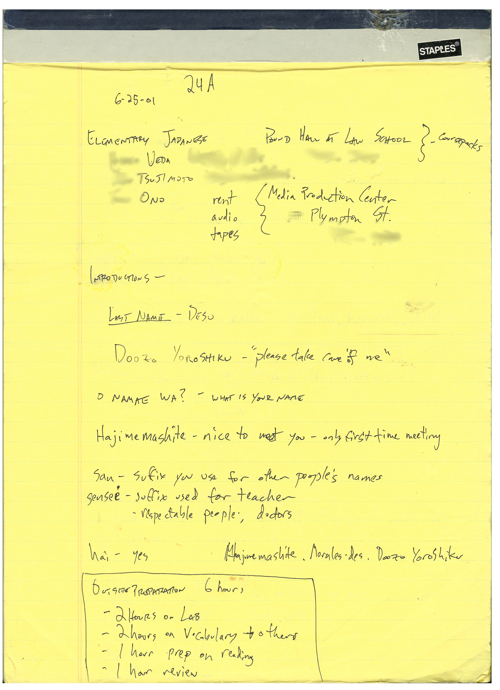 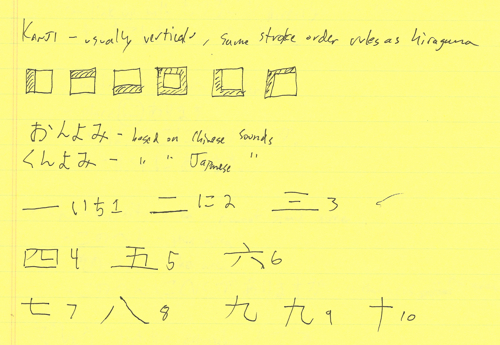 I did KFC for Christmas in Japan once, and it was thoroughly disappointing. The most disappointing part was that it wasn’t sold out. I heard from friends in Aizu that you had reserve it weeks in advance, and a guy on my exchange program at Waseda said the same thing (and he wasn’t out in the middle of nowhere). So I was super surprised when I strolled up at 1:30PM and there was chicken to be had for anyone and everyone – I wanted special, reservation-only Christmas chicken! Oh well. All in all, probably the most disappointing Christmas meal ever. This is instructive, however. Ritual is an important part of Japanese culture; not just performing the ritual, but also drumming up the spirit to perform the ritual at an appropriate level of excitement and ensuring that others have this same level of excitement – this is something that I am good at. Damn I was excited for Christmas chicken, and damn did I eat it up. To be honest, though, I prefer to create my own rituals (which involve spending lots of money on oysters).

Oh, and does anyone know how the new KFC turned out? Or how the new McDonalds is going? Am I the only one who thinks they’ll probably end up just as dirty as the normal Shibuya/Shinjuku places?

I knew almost nothing about garage kits before writing this post and was pleasantly surprised by what I discovered. The garage kit community, although perhaps a little pervy, is impressively homegrown and self-promoting. It’s even more impressive that the companies have made as many copyright concessions as they have; imagine J.K. Rowling attending a fan fiction convention and judging the best Harry Potter knock-off – that’s the literary equivalent.

I think I broke a gokon rule once. I organized one with a girl not too long ago as a favor for another girl, and I was actually interested in the girl I organized it with. Anyone know if that’s a big no no? I can tell you one thing – it was unsuccessful. I spent too much time paying attention to my friend instead of the friend she brought, who while very attractive was pretty uninteresting. Oh well.

I can say one thing about these iPhone apps – if you are drinking alcohol and need ANOTHER crutch to catalyze conversation at your group date, you are probably very boring.

This website struck me as a Rakuten Travel for very expensive hotels. Most of the accommodations on ikyu.com are super high-end, even with the 60% discount that some of their deals get. Rakuten, on the other hand, is more affordable and incredibly useful. They have cheap rooms all over the country, and for most of the hotels you don’t have to pay in advance. You also earn points that you can save up and spend at any Rakuten shop. When my mom brought a couple of friends to visit Japan, I used Rakuten to book nearly all of our hotels and accumulated something ridiculous like 20,000 yen worth of points, which I blew on beer.