Japan, much like the Massachusetts Institute of Technology, has many long weekends programmed into its calendar, allowing stress to subside and giving everyone a chance to do traveling, relaxing, or additional boozing that they otherwise wouldn’t be able to do. This upcoming Monday is Culture Day (see Japan Navigator for further details), so there will be no post here. I’ve taken off the last few Monday holidays, so I thought I’d just let you know that I’m not mailing them in – they are actual holidays. And everyone knows I only mail-in the Friday posts.

The word for long vacation in Japanese is easy to remember – 連休 (れんきゅう) means “consecutive holiday/break.” It is most commonly used by itself or with a 3 in front of it – 三連休 (さんれんきゅう) – but I do remember that morning news announcers get excited when the stars align and Golden Week delivers a 4 or 5-day 連休.

Enjoy your day off.

Here are some bonus Youtube links for this wonderful Wednesday – some clips from Hitoshi Matsumoto’s すべらない話. The premise is simple: Matsumoto rolls the die and whoever’s name appears tells a story. It’s probably the closest thing that Japan has to Western stand-up comedy. Very funny: 1, 2, 3, 4, 5, 6, 7, 8, 9, 10, 11.

If you’re looking for a particular comedian, here’s a quick reference:

The other clips are setup and then the selection of the best story.

2channel is a Japanese internet forum. You can try browsing it yourself, but it’s massive and seems like it would take a long time to find exactly what you’re looking for. After you click on the main graphic, there is a huge list of topics on the left.

The other day while searching for examples of 差し入れ, I came across a blog that seems to cull the funniest posts from 2channel and post them as blog entries – すべらない名無し. It’s kind of an Overheard in New York for 2channel.

名無し (ななし) refers to the name, or lack of name, of the posters on 2ch. Almost everyone posts anonymously, and the default anonymous name is 名無し or some funny reworking of 名無し; in the literature section, for example, it is 我輩は名無しである, a pun on a Soseki novel. すべらない you might recognize from Hitoshi Matsumoto’s すべらない話. I’m unsure if it’s related to 滑る, which has the same pronunciation and means “to slip,” but even if it’s not, that’s an easy way to remember what it means – if it slips (すべる), it’s not funny; if it doesn’t slip (すべらない), it’s funny. So basically the title means “Funny No-names.”

Anyone who has worked in Japan in some capacity knows that there are a lot of social functions outside of work that actually semi-count as work. Welcome parties, end of year parties, new year parties, farewell parties. They serve to confirm that you are part of the group, and the free-flowing booze loosens lips, allowing sensitive topics to be discussed in a relaxed atmosphere.

The one problem with these parties is that they are expensive. In the small town where I worked, they cost at least 3000 yen (roughly $30) but were usually 5000 yen ($50). You get a nice dinner and as much beer as you are comfortable with. I went with the junior high school, sometimes the elementary schools, the people at the apartment building where I lived, and the Board of Education. As you can imagine, the cost adds up, especially around the end of the calendar and academic year.

I rarely refused for financial reasons, but I know other teachers who did. I was sometimes unable to go due to scheduling conflicts, but I felt really bad when I couldn’t attend – the parties were fun, and I was in a small enough town (8000 people) that finding a way to socialize was difficult. During the farewell party for the junior high school in my third year, I noticed that the young computer tech guy was carrying a giant bottle of nihonshu. At some point he stood up and announced that the head tech guy, who was not present, had given it as a 差し入れ. That was when it clicked. He couldn’t make it to the party for whatever reason, so he left a present instead. If only I had known that throughout my time in the town.

差し入れ (さしいれ), which literally means “insert,” can be considered a kind of preemptive omiyage of sorts. Often it’s given when you can’t attend an event, and in those cases it’s usually liquor. It’s a fantastic custom! It shows that you really wanted to participate, it probably costs less than the meal, and your coworkers will gush over you once they’re nice and boozed up and finally make it to your bottle.

Nihonshu and shochu are both appropriate 差し入れ for parties, but I recommend shochu since it can be split between more drinks and watered down for people who don’t drink that much. It will also increase your 渋い factor.

差し入れ are appropriate in other situations, too. If you know someone is studying or working overtime, bring them some coffee. It looks like people also give it to contractors doing work on their house, in which case nikuman, warm oshibori, or coffee are all winners.

Everyone knows about omiyage, but I feel like 差し入れ are somewhat uncharted. Hugely useful. Win friends and influence people with this cool custom.

That subject line is the punch line to the joke, "What do you call a fish with with no eyes?"

Ad Blankestijn (still embarassingly unsure how to pronounce that name) has started a Fish O’ Japan Almanac beginning with aji. Really interesting stuff, and HOLY SHIT am I excited to eat some anko (Blackmouth Angler) this winter. I had no idea those things were edible. The only thing he could do better would be to provide the kanji, although to be honest you don’t have to write the kanji when you order at a sushi restaurant, and often fish names are written in katakana because fish kanji are so obscure, so if you want to bone up on your fish vocab, head over to Japan Navigator.

I learned a cool age-related compound yesterday. One of my roommates asked me how old I was, and when I answered she said, "Ah, you 四捨五入 to 30." I had to get her to write out the kanji before I could wrap my head around the pronunciation, and then show some actual examples with numbers before I understood the concept. My age rounds up to 30. (Not that this is a new phenomenon; I’ve rounded to thirty for a whole year, now, but I think it was the first time she realized it. It makes us 仲間 somehow, since she rounds down to 30.) 四捨五入 (ししゃごにゅう) seems like a long, complex way to say rounding, but that’s how they do it here, so get used to it. 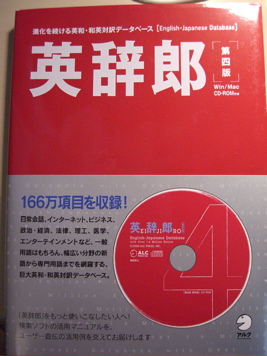 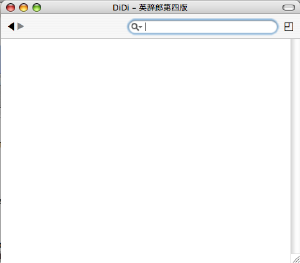 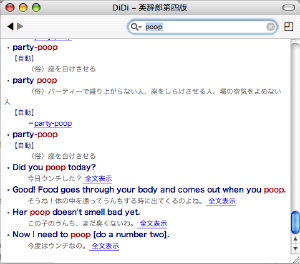 Since this post, Robin has thought up two others and added them in the comments. Thought I’d put them up here, too:

From the very beginning, I’ve been begging all of you to just get used to things. You’ll never be able to think in English and then equate those words one by one into Japanese. It’s just never going to happen. Japanese is too different from English.

Rather than thinking in English and recognizing things in terms of English words, try to imagine entire circumstances and then associate Japanese patterns with those situations.

I am guilty of often using the very English-y 聞こえません when I can’t hear someone on the phone. I think this pattern is probably fine structurally and in terms of conveying meaning, but Japanese has another great pattern that’s perfect for this situation – 電話が遠い (でんわがとおい).

This pattern removes all people from the equation and blames the phone itself! “Excuse me, sir, but your phone has run off, and I am having trouble hearing you. Please fetch it, and then we can continue our conversation.”

So, the pattern you should be using is, 「すみません、電話が遠い(ん)ですが」 Adding that little ん in there will make you sound really natural.

This pattern, like 取ってください, takes some warming up to, I believe. Try and force yourself to use it.