Technically I’m on vacation, so all you get is a measely little game lingo post today.

This word baffled me for a while when I came upon it during a job. I believe I was translating a game manual, and there weren’t any images in the manual to give me a clue as to what it referred to. I kept reading it “carousel.” That is until I was saved by the power of Google Images. I just popped the fucker into Google and voilà – character selection. The image results from the search are pretty clear – this word refers to the screen in games where you choose your character from all the possible choices. I don’t think there’s a set term for this in English. “Character select screen” or “character selection screen” both seem fine (although the latter sounds a smidge better?), so look for previous usages within the game text.

In Japanese it’s important to be on the lookout for words that have been shortened from longer compounds. Maintain vigilance. 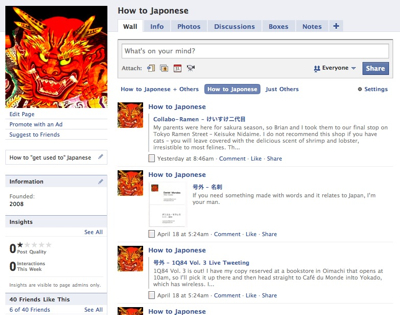 My parents were here for sakura season, so Brian and I took them to our final stop on Tokyo Ramen Street – Keisuke Nidaime. I do not recommend this shop if you have cats – you will leave covered with the delicious scent of shrimp and lobster, irresistible to most felines.

This was my second time at Keisuke Nidaime. The first time I had the lobster ramen, and this time the shrimp wonton. They are both amazing, and I recommend trying both. The lobster broth is slightly thicker. I think I’ll definitely be back one more time to try the “super-thick” lobster tsukemen. 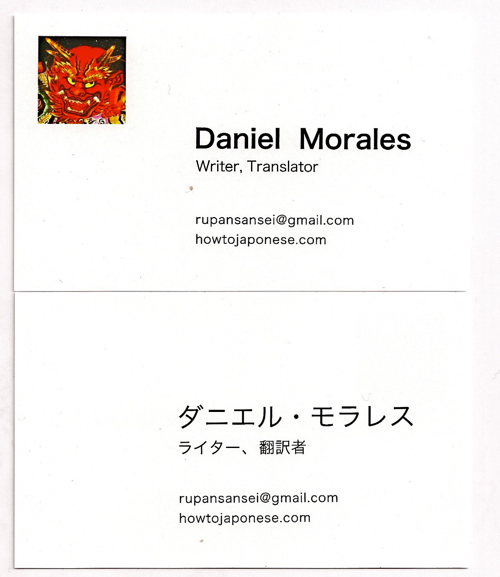 If you need something made with words and it relates to Japan, I’m your man.

1Q84 Vol. 3 is out! I have my copy reserved at a bookstore in Oimachi that opens at 10am, so I’ll pick it up there and then head straight to Café du Monde in Ito Yokado, which has wireless. I won’t be live blogging (already thing of the past), but I will try to tweet when my fingers aren’t covered with powdered sugar. Follow me @howtojapanese.

Only one serious post this week due to a busy schedule. I’m working on material to cover my posts at Japan Pulse for the next three weeks – next Wednesday I leave for Europe for three weeks! YES! My schedule is:

I’ll be staying with friends and should be pretty busy throughout, but do let me know if you read How to Japonese and are along my route. I’d love to get a beer with locals. If you have any suggestions for things to do, see, eat or drink, leave them in the comments.

I’ll be posting just once a week while I’m on the road, but hopefully it will be useful information. 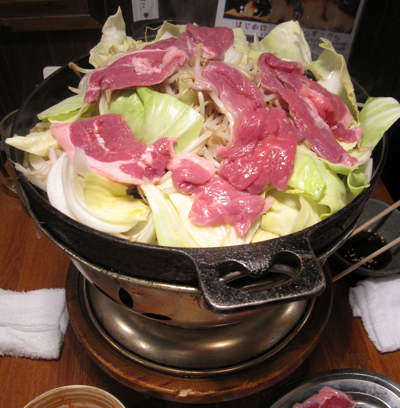 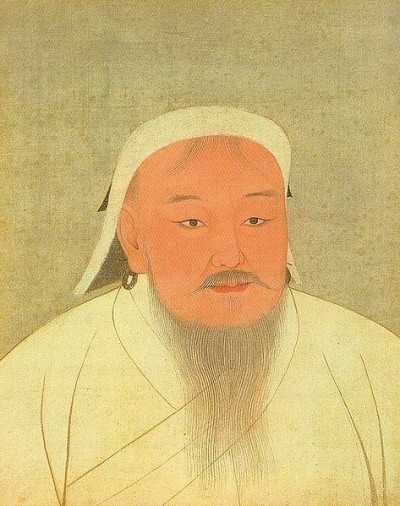 This inequality is only sometimes true; although, when it is true, it also holds true that ジンギスカン = incredibly tasty. Check out my review of Kitaichi Club, an Oimachi Jingisukan-ery, over at CNNGo Tokyo.

The Internet is divided on the actual origin of the term jingisukan. English Wikipedia seems pretty confident in its proclamation that the grill resembled the helmets of Mongolian warlords, but I couldn’t find any Japanese links that supported that point. A link provided by Japanese Wikipedia seems to suggest that Japanese chefs gave the cuisine a cool name so that they could deal with a surfeit of sheep. It sprung up in areas with lots of sheep – Hokkaido and other parts of northern Japan – and I can totally see some chef saying, “Where else do they have sheep? Mongolia? Well, hell, let’s call it Genghis Khan.”

Shop number three on Tokyo Ramen Street. Mutsumiya is a miso ramen restaurant from the small town of Tsukigata, Hokkaido. Until I started doing Collabo-Ramen, this is basically the only kind of ramen I ever had – thick, savory miso soups with bright yellow noodles and lots of garlic for flavoring. One of my friends on the JET Program theorized that miso is the least difficult ramen to mess up, which is why so many people like it. All of the other types of ramen are more subtle, and I never really bothered to seek out anything other than tonkotsu when I visited Kyushu and the occasional bowl at Ippudo in Tokyo. So Mutsumiya was very familiar. It was a solid bowl but maybe not all that spectacular or unique. Brian had their monthly special, which looked really good.

I was out in Futako Tamagawa walking around with my parents this past week, and I noticed this as we walked up to the entrance of the Garden Island annex of Takashimaya: 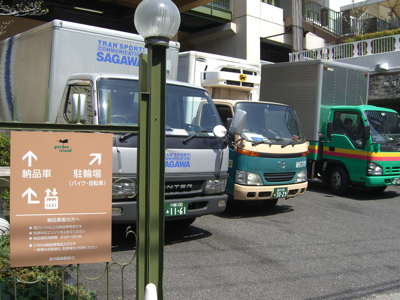 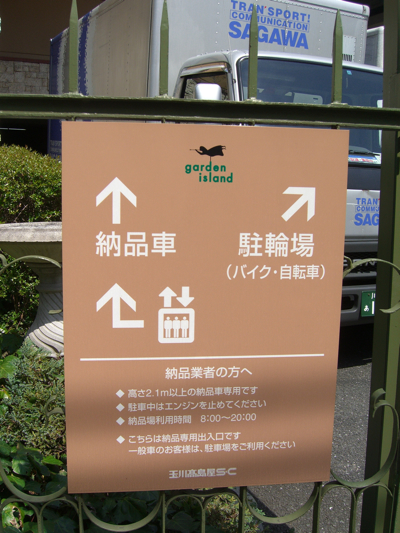 …that the regular parking lot is just over to the right.

This sign was interesting to me because it was the first time I’ve seen 納品 used for actual, physical deliveries. I’d used it often in the office, as I wrote when I introduced the compound, but it was always in regards to nebulous, digital deliveries. Very cool to see it out in the real world.