Check me out at Japan Pulse again, this time writing about baumkuchen. I told my roommate I was writing about バウム, and she was like, バウムクーヘン? That was a なるほど moment for me because I had been saying it バウムクーチェン in my mind. I should really know better, especially since I learned the correct pronunciation of rauchbier from Japanese (ラオホ). It’s clearly just as difficult for Japanese to get at guttural German sounds as it is for Americans, maybe even more so. Reminds me of some passages from Chapter 8 of Don DeLillo’s White Noise:

I’d made several attempts to learn German, serious probes into origins, structures, roots. I sensed the deathly power of the language. I wanted to speak it well, use it as a charm, a protective device. The more I shrank from learning actual words, rules and pronunciation, the more important it seemed that I go forward. What we are reluctant to touch often seems the very fabric of our salvation. But the basic sounds defeated me, the harsh spurting northernness of the words and syllables, the command delivery. Something happened between the back of my tongue and the roof of my mouth that made a mockery of my attempts to sound German words.

He said he was a former chiropractor but didn’t offer a reason why he was no longer active and didn’t say when he’d learned German, or why, and something in his manner kept me from asking.

We sat in his dark crowded room at the boarding house. An ironing board stood unfolded at the window. There were chipped enamel pots, tray of utensils set on a dresser. The furniture was vague, foundling. At the borders of the room were the elemental things. An exposed radiator, an army-blanketed cot. Dunlop sat at the edge of a straight chair, intoning generalities of grammar. When he switched from English to German, it was as though a cord had been twisted in his larynx. An abrupt emotion entered his voice, a scrape and gargle that sounded like the stirring of some beast’s ambition. He gaped at me and gestured, he croaked, he verged on strangulation. Sounds came spewing from the base of his tongue, harsh noises damp with passion. He was only demonstrating certain basic pronunciation patterns but the transformation in his face and voice made me think he was making a passing between levels of beings.

Maybe that explains why it’s so much fun to pronounce rauch accurately. Could also explain why rauchbier is so tasty. No real reason to post those passages other than that I like them and think about them when I try to pronounce difficult German words. I like how Japanese takes pronunciation of words straight from the mother tongue. I think many Americans, and perhaps I at one time, assumed that all loan words came from English – a crime which Japanese themselves are guilty of on occasion. Remind me to tell you a funny story about the word rendezvous sometime.

In other news, I have a review of Tea Market G Clef online at CNNGo Tokyo. I randomly came across the store while I was shopping in Kichijoji back in 2006. Kawasaki-san, the owner, is a really nice guy who speaks English in a quiet voice and is quick to offer his latest teas for sampling. I highly recommend the Waffle Sandwich set at the nearby Tea Salon. It’s the perfect portion size and an amazing combination of flavors – go for the bacon mushroom. 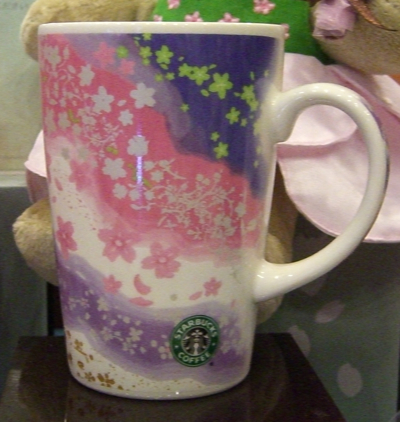 I have my debut post online over at Japan Pulse, The Japan Times’ blog about trends in Japan. I take a close look at the decidedly uncool compound 社畜 (しゃちく). Ironically, I am counting down the days until I 不社畜化 myself.

Comments here are closed. Head over to Japan Pulse for discussion.

Interesting discussion about farts happening on my Google Buzz import of this post. When I wrote my rules for kanji compounds, I knew that the VERB + DIRECT OBJECT was in the Chinese order, but I didn’t know much more than that. Roy from Mutantfrog pointed out that some Japanese words are in this order but were actually created by Japanese people – sort of like 和製英語 for Chinese. The actual term for this is 和製漢語.

Chen then pointed out that 放屁 is actually Chinese in origin:

Very interesting. I have heard of 和製漢語 before but never ever thought so many modern Chinese words actually came from Japan. From the Chinese article linked in that wikipeida page: Yan Fu, the most famous Chinese scholar and translator in 1800s, lost his battle to Japanese translators when trying to translate modern western science and social words to Chinese. According to the author, “Yan Fu understood Chinese too well and was pursuing perfect combination of sound, rhythm, meaning and elegance. Yan’s translation used quaintly old-fashioned Chinese which was very hard for regular people. He himself even said he only considered highly educated people as his readers. While Japanese scholars/translators did not pay too much attention on those constraints but rather focused on ease of understanding, their translation were simple and straightforward. With competitor like this, it’s no wonder that Yan’s translation was abandoned”.

The word 放屁 (Fang Pi) appeared in several Chinese books/articles long before Qing Dynasty, when the “counter-import” of Chinese from Japan mostly occurred, not that I’m proud of but I think it has to be a Chinese word originated in China. It also has the meaning of “talking nonsense”, like BS in English.

And Isaac also added an important comment regarding usage:

Oh no, you gotta watch out when using this word, cos you don’t want to get it confused with the “other” ほうひ（包皮）- foreskin

放屁 is a word that is fun to recognize and understand, but I’m going to go out on a limb and say you should never try using it yourself. There are much more natural ways to pass gas.

You can find me on Buzz here. My Buzz feed incorporates this page as well as my Twitter feed.

One of the central themes of this blog is my lack of Japanese knowledge and how I’ve overcome it – how I’ve learned from mistakes, different study strategies I’ve used to improve, things I wish I had known. Well, I still have a lot of unanswered questions, so I thought that I’d let you guys help me write the post today. My question is about the verb 言う (いう, iu). Clearly it has the う sound in there, but it loses it when you conjugate 言う to the perfective tense – 言った (いった, itta). However, people do sometimes (not always) pronounce this いうった, adding that う back in. I remember hearing this for the first time in my third year of study – other students were using it, and I was never sure why. The teacher never said anything, so I wasn’t sure whether to imitate or not. I think I do say it sometimes.

Is it just to differentiate it from 行った and other homonyms? Is it a regional thing? Is it an old person thing?

If you know anything, put it in the comments. I’ll type up a summary and update this post later. よろしく！

P.S. Food for thought – it’s pretty clearly いって in the classic karaoke duet 3年目の浮気, although perhaps that’s because the extra syllable would throw off the rhythm? 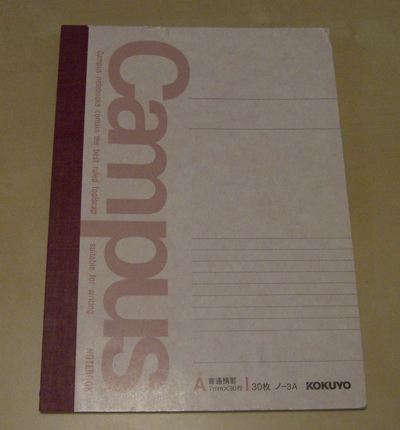 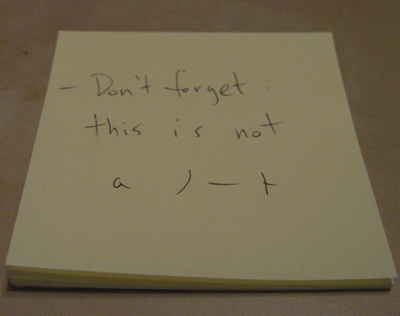 Just a reminder that Wednesdays I’ll be posting in Japanese over at How to Engrish. Good reading practice. See if you can find my mistakes. (There are lots of them.)

Also, I thought I’d introduce two new literature/translation blogs by frequent How to Japonese commenters Will and G Dawg. Will is blogging over at Wednesday Afternoon Picnic. He’s been translating stories from 夜のくもざる, a great little collection of Murakami super-shorts several of which I’ve tried to translate myself. G Dawg just started Old G Dawg’s Labyrinth the other day with a close look at the first page of Almost Transparent Blue. I like the header graphic on his site – looks inspired by Murakami’s Hard-boiled Wonderland and the End of the World.

Came across this compound in a story I was reading today – 放屁 (ほうひ). Ha, pretty awesome. I’ll leave you to figure it out yourself (as I did with ニコイチ), but it shouldn’t be too hard once you look up the meaning of the individual characters. I will say that it is in the VERB + DIRECT OBJECT category of kanji compounds.

Now to figure out how to say SBD…

I was at 有隣堂 today and noticed that they have started taking reservations for 1Q84 Book 3. The signs say that they expect it to sell out immediately. Here’s what my reservation slip looks like: 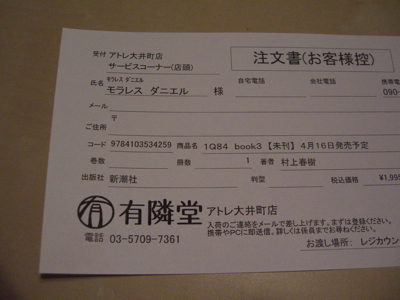 The price is 1995 yen, almost 200 yen more expensive than Book 1 and 2, which makes me wonder if, Egads!, this part is longer than the first two. Nothing would surprise me at this point.

No payment is necessary up front, so get to your closest 本屋 and 予約 a copy for yourself. The book will be released on April 16. 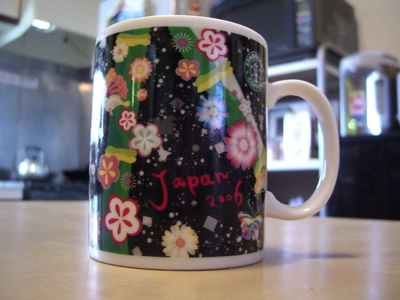 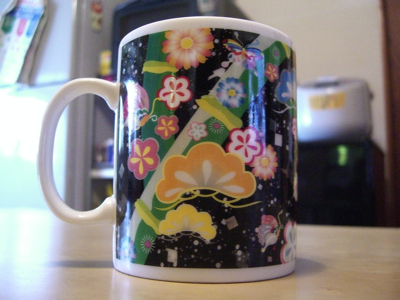 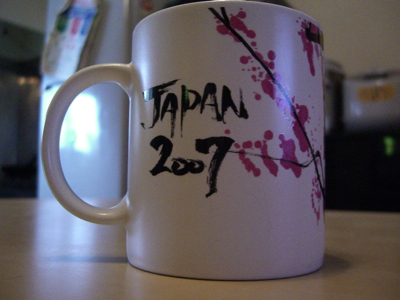 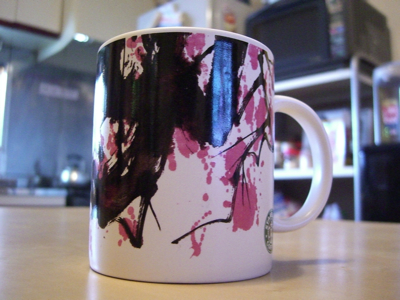 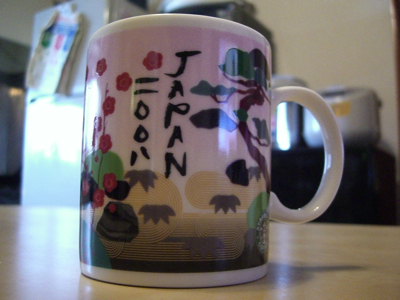 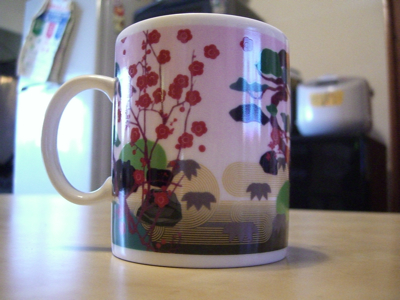 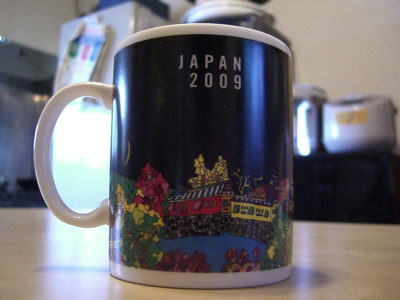 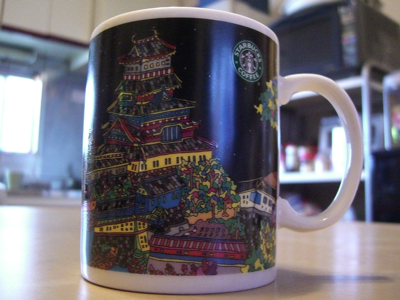 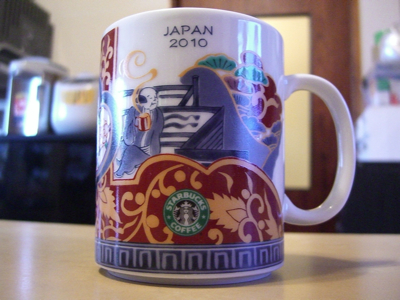 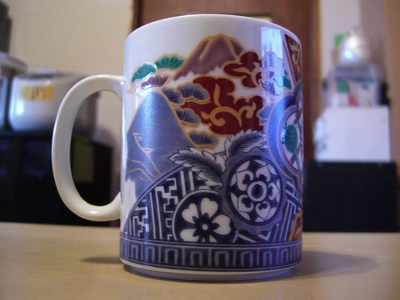