A few weeks ago, Caught Red-handed wondered why he has so much trouble learning katakana. He and his commenters hint at some of the problems – lack of exposure being the main culprit – but I don’t think anyone hit at the central issue: it’s naive to assume that katakana words should be easy to learn just because they are phonetic.

The key thing to realize is that when you read a language fluently, you never read the individual parts of words. Think about it in English for a second. When you look at the word “when,” you aren’t thinking “OK, double-u and silent h makes a ‘we’ sound. Ends with ‘n,’ so it’s pronounced ‘wen.’” You recognize it as its own entity and you have a pronunciation and meaning associated with the set of squiggles that take the shape of “when” – a gestalt.

Sure, katakana make it slightly easier than English because you can read out the, more or less, exact pronunciation if you slow down, but when you read, I’m willing to be that you brain can’t differentiate between a katakana word, an English word or a kanji compound – to your brain they are all just arbitrary pictograms.

This provides the answer to the question: start treating katakana words more like kanji compounds and you’ll have more success. If you treat them like a set of phonetic characters to be mastered in the first few months of language study, they will bite you in the ass. If you treat them like real words – gestalt made of random lines and curves – then you’ll have no problem. Rather than studying them individually part by part, it’s important to start seeing them as groups of characters that form unified entities.

Honestly, I wish I had realized this earlier. I went through the exact same troubles with katakana, and unfortunately for me, the only cure has been time. With the advent of SRS programs, it would be easy to start a separate file for katakana words, quiz the hell out of yourself and end up a master in no time.

(On a side note, I think a lot of people kind of ignore katakana once they’ve learned a word as a gestalt. One of my professors jumped on everyone in my class for mispronouncing ボタン. I think we were all saying something closer to ブタン. Make sure you’re taking the time to hit every mora. Not only will it improve your pronunciation, it’s also fun to say foreign words in a super Japanese accent. I love over-exaggerating loanwords. A good example is one of Murakami’s choice whiskies – カティーサーク. Make sure to drag out that long ア sound in the サーク.)

(And, yes, that word gestalt is awesome and should be used whenever possible.) 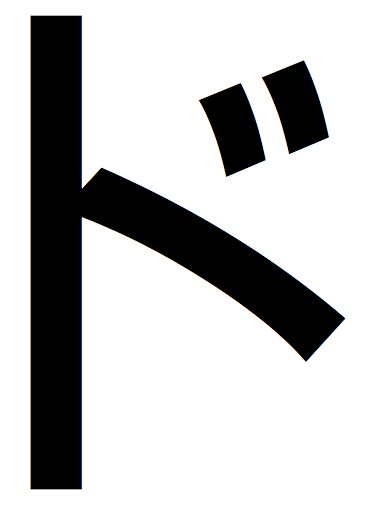 回想 (かいそう) literally means “spin thoughts around,” or something like that. 想い (おもい) is, I believe, the direct object of 回す (まわす). Why are they not in the Japanese order (DOをVする)? I think it’s because the compound is Chinese in origin and therefore uses the same grammatical order as English (Subject Verb Object).

A less literal translation gives you “recall, recollect.” The other possibility is “flashback,” which is how I saw it used the other day. Pretty cool stuff.

Three ways to spice up your nattō experience:

Garlic Nattō – This is the only original recipe of the three. I came home Tuesday after work feeling sick and decided that I was clearly suffering from garlic insufficiency. I didn’t have much else in the fridge other than a couple of packages of nattō, and thus garlic nattō was born. It actually does a surprisingly good job of covering up the beany funk. You can add red pepper to taste (add after turning the flame off). Not bad. Final answer: ★★

Avocado Wasabi Nattō – This was recommended by a former classmate. I often eat avocado alone with wasabi-jōyu (I love saying that word… wasabi-jōyu) as a side dish for sushi or other Japanese food. One of the English teachers I worked with in Aizu recommended it to me. He said it tastes just like maguro, which it kind of does! It’s not a bad match with nattō, either. Next time I’ll be sure to use a larger portion of wasabi-jōyu, you can see in the video that the portion I use just barely covers the avocado. Final answer: ★★★★

Cheese Nattō – My town used to serve this for school lunches sometimes. The cheese they used was white and much milder. Cheddar has a better bite to it. It doesn’t mask the nattō funk as much as the garlic, but it does give it a cheesy kick. Pretty tasty. I had a small serving of niku-jaga as a side dish, a very nice match. Final answer: ★★★ 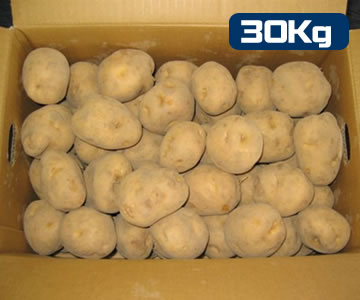 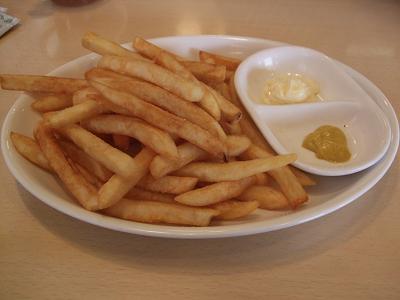 Google Images provides overwhelming proof: じゃがいも, ポテト. You can add フライド in front of the latter, but it’s unnecessary.

I finished reading 1Q84! It took me 19 days at an average of 55.5 pages a day. That average is, of course, increased by the 300+ pages I read over the first weekend. Still, not too shabby. I was planning on writing something more substantial and posting pictures of celebratory beers, but my throat swelled up and I started to feel really bad over the course of the day. Clearly I’ve had an allergic reaction to the end of this novel.

Now to gather my thoughts and figure out what the hell just happened. Expect a review in the not too distant future. 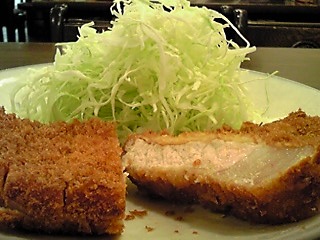 Anyone who’s looking for a good dictionary should check out Amazon Japan. There are super cheap copies of old editions of Kenkyusha’s New Japanese-English Dictionary, aka the Green Goddess. It’s famous for loads of usage examples. The old edition is also good for beginners since entries are listed in alphabetical order. It’s a steal at 786 yen.

I would be remiss if I didn’t provide this link (via Wikipedia) to Tom Gally’s writings. He worked on the fifth edition of the dictionary. You can read specifically about the dictionary here, here, here and here.

How badass is that kanji?! It looks crazy, like some weird malfunction. Like some other radical should resolve itself below the 門, but for whatever reason the computer can’t handle it and just inserts a dash. Reminds me of the time when I saw 囮.

The pronunciation is かんぬき, and it means – are you ready for this?! – bolt, latch, bar (on a gate/door). How great is that?!

Still working my way through 1Q84, so most posts will be short until I get finished with that. Almost there! At this point in time I’ve read 740/1055 pages. Not too shabby for 12 days of reading.