It’s official! “Masquerade and the Nameless Women” is out in the wild as of January 29: 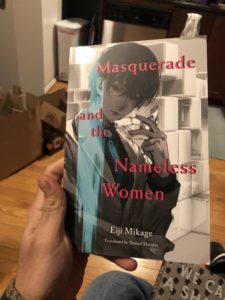 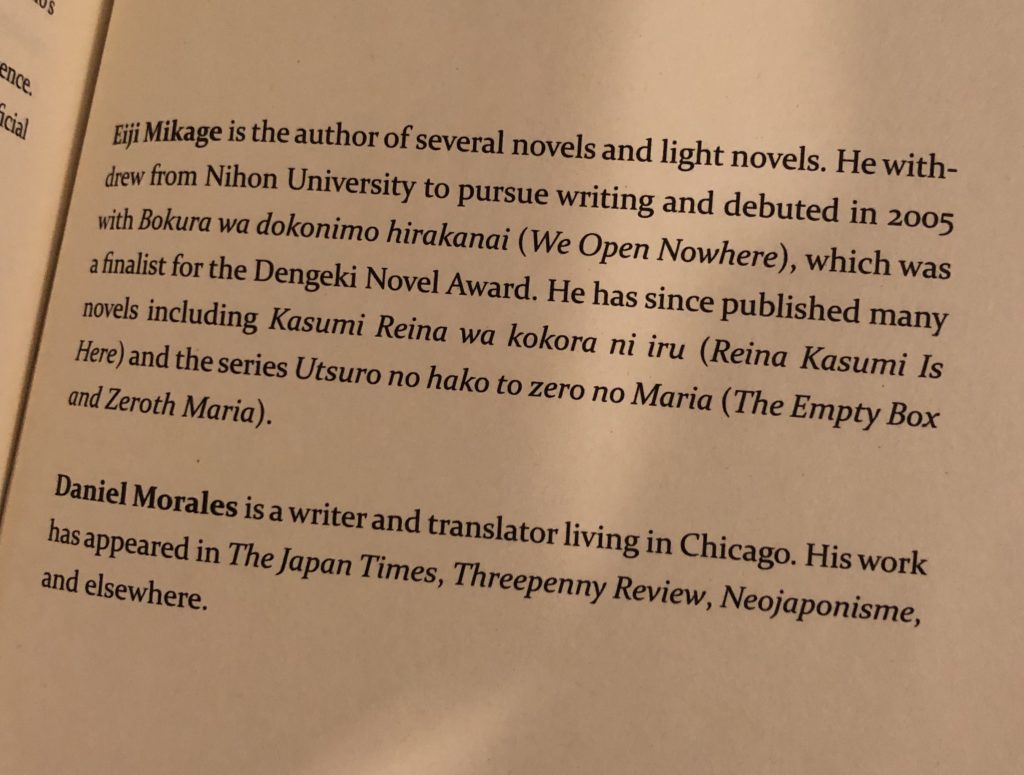 The release coincided with a bout of polar vortex here in Chicago, but a group of five friends came out to Half Acre Brewing with me to celebrate. As I was walking to the bar, I kept hoping Half Acre would have a Mild on tap, and they delivered with a 2.6% Mild called White Noise. It felt a little like divine intervention of some kind. 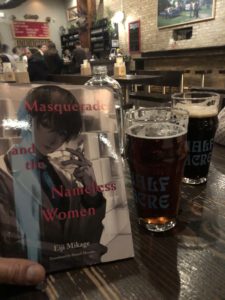 At the coldest point of the vortex, I ventured out to my neighborhood’s Little Free Library to donate a copy to the neighborhood: 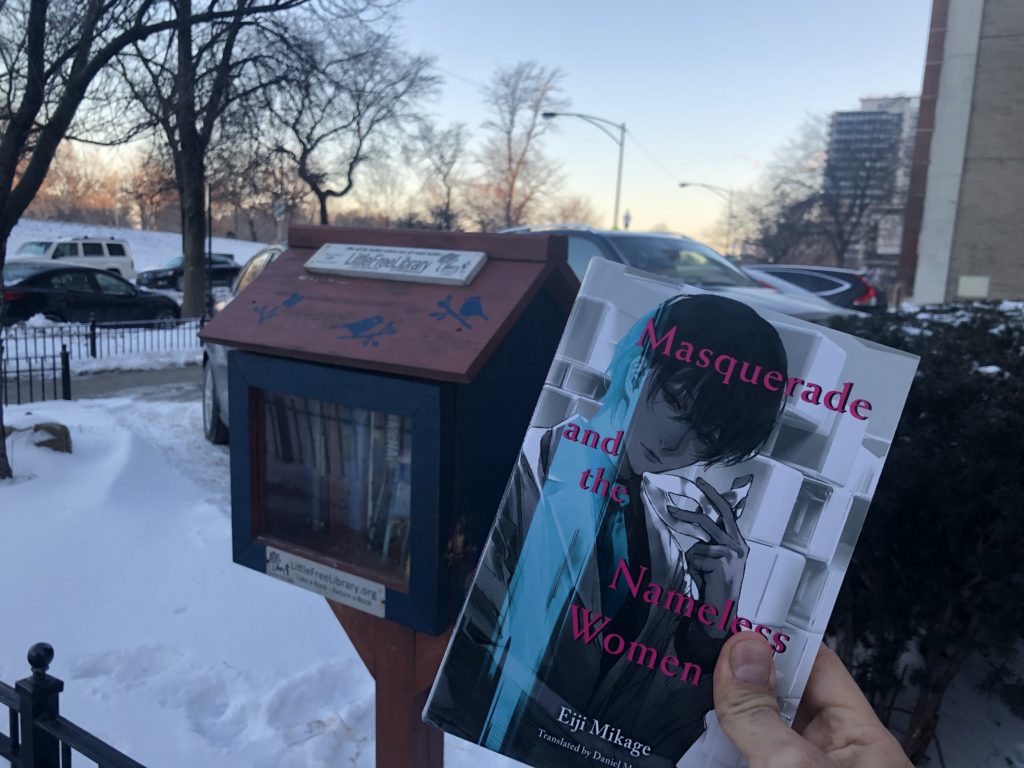 I checked on Thursday and it was kind of stuffed with a bunch of random books (I think some people use it to get rid of things they don’t want anymore rather than as a contribution to the community), but I dug around and didn’t see it, so someone out there may be reading it.

Since the translation and editing process is something I look at closely here, I thought I’d do the same for my own work. I marked a few passages as I was putting together the final draft last August and going over the final edits in October. I don’t think these will spoiler too much.

One thing I noticed while making the edits for submission was that sometimes in the translation process, I made an initial effort that needed to be refined. Having the eye/ear to be able to refine it sometimes takes skill and sometimes just time.

We return to the original question: let’s think about why Reina, who went as far as living in a ramshackle wooden apartment to conceal the fact that she had money, didn’t have a driver’s license yet had a luxury car.

We return to the original question: let’s think about why Reina, who went so far as to live in a ramshackle wooden apartment to conceal the fact that she had money, didn’t have a driver’s license yet had a luxury car.

Not that Google is the ultimate decider here, but the phrase felt more natural to me.

They probably had cosmetic surgery and body reconstruction so people wouldn’t recognize them at close distances.

They probably had cosmetic surgery and body reconstruction so people wouldn’t recognize them in close proximity.

I think this is a stronger example – “at close distances” just feels generic and unpolished/unnatural. I don’t remember exactly what I was thinking when I was editing, but I do feel like I was using my reading brain more than my writing brain, which is perhaps why I caught it.

And I’d be remiss if I didn’t give credit to my editor Angela. I noticed a lot of subtle improvements when I was going over the final changes.

“I’ll have you know my squad car has been fully stocked with candy for the past year.” He then put another lollipop in his mouth with a grin. “You must be at least a little interested in the secret why I never run out of candy.”

“I’ll have you know my squad car has been fully stocked with candy for the past year.” He then put another lollipop in his mouth with a grin. “You must be at least a little interested as to why I never run out.”

This is a minor change, but I think it makes a huge difference. It physically pains me to see all those excess words in my draft. Being able to hit that natural phrasing in the first place is what translation is all about, but writing is a collaborative art, and I’m thankful for everyone who helped make the translation happen. 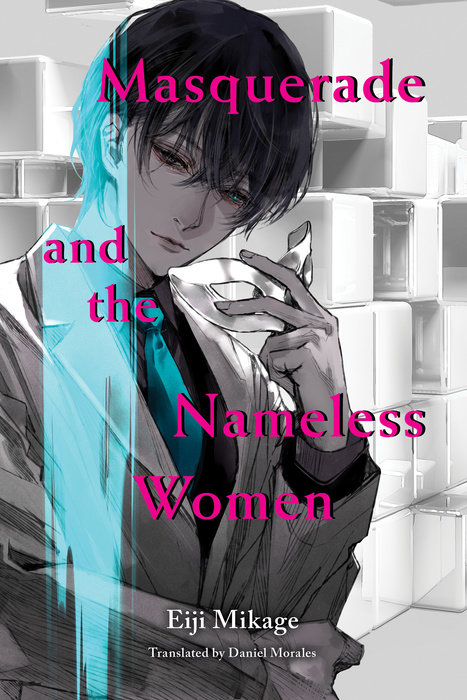 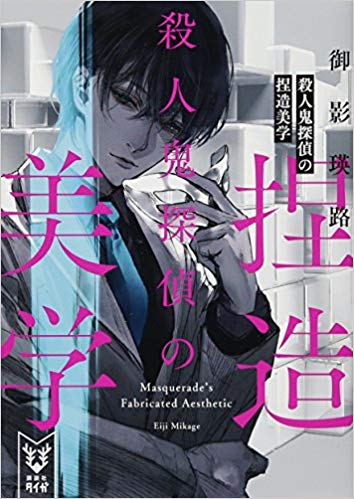