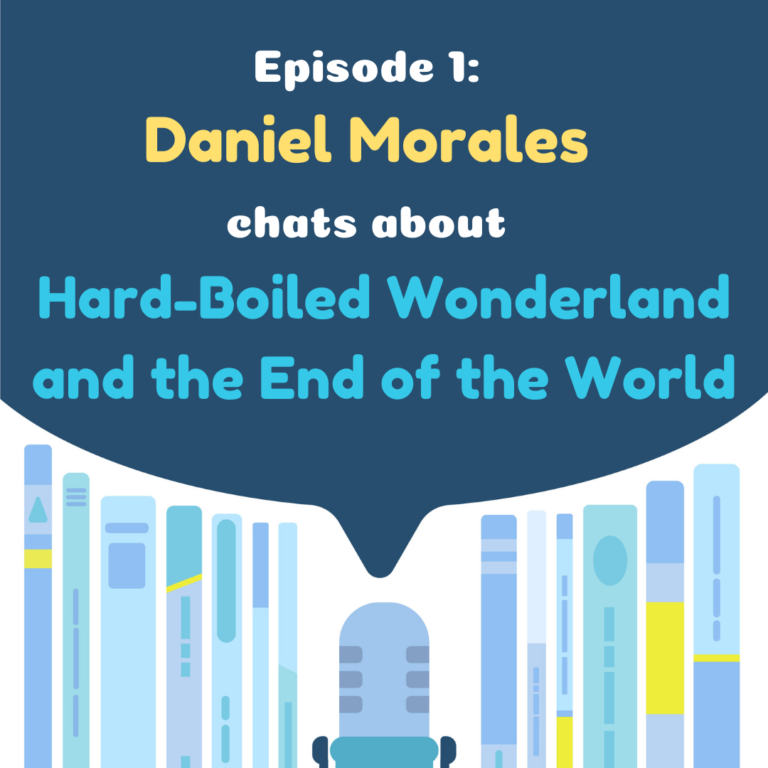 I was on Translation Chat, Jenn O’Donnell’s new podcast about translations! Check out the podcast here.

This was so much fun. We talked about Alfred Birnbaum and Elmer Luke’s 1991 translation of Haruki Murakami’s 1985 “Hard-Boiled Wonderland and the End of the World,” so I had a chance to review my six-year Hard-Boiled Wonderland Project—my close blogging of a comparison with the original Japanese and a look at the changes that Murakami made in revision for his Complete Works edition.

Looking back at my close reading, it’s clear that I was working on limited information. Of note, I did not know when the translation was completed in relation to the Complete Works edition.

Well, I have that information now. David Karashima mentions it in his book, and apparently I missed it my first time through. I re-read the chapter about HBW in preparation for the podcast, and it’s very clearly stated that the translation was completed in 1991 and actually took longer than anticipated. At that point, the Complete Works version had already been published. Actually, Murakami mentions in his pamphlet essay included with the Complete Works volume that the book was in the process of being translated but had not yet been published. He also notes that the publisher wanted to title it “Hard-boiled Wonderland,” and of course he said no.

This has pretty cool implications: Birnbaum and Luke were translating based on two versions of the original text. I’m fairly certain that they had access to the 1985 original and Murakami’s revisions. Take a look at Chapter 15, for example. There’s a short stretch in English that includes lines from the 1985 version that were cut from the 1990 version and a sentence from the 1990 version that was not originally in the 1985 version.

This makes me very curious to see what Jay Rubin does with his translation. Yes! He’s working on a new translation. I somehow neglected to mention this during the podcast.

It’s so cool to get all of my HBW knowledge out there in audio format. I did a re-read of the book for the episode, and it was the first time in over ten years that I actually did a relaxed read of (mostly) just the English translation. It really is an incredible piece of art. It’s not perfect, but neither is the original. That’s actually something that really struck me: Murakami’s original is very flawed, but I’d also argue it strikes a better balance between ambition and execution than The Wind-up Bird Chronicle.

Murakami admits the book has flaws. In the Complete Works commentary, he writes about recognizing the 参ったな部分 (literally: “the places where I thought ‘Oh damn’”) as he was re-reading it and about its 完成度 (degree of completion) not being what it could be. So he couldn’t stop himself from making revisions. But by and large they are cosmetic changes.

Thanks so much to Jenn for having me on. She was on the second season of the How to Japanese podcast earlier this year.

Fortunately for us, Osakabe Yoshio is (was?) the biggest Murakami fan on the planet and kept a very detailed track of everything that Murakami published early in his career. (I believe he even ran a marathon with Murakami at one point!) His Geocities website is gone but is archived on Archive.org (see here: 村上春樹全作品リスト Part 1 and Part 2). I would recommend saving a PDF copy if you want to make sure it sticks around. I have one that maybe I’ll try to translate and put online sometime. Maybe a good project for a vacation sometime next year. For now, I’m going to give it another close look and cross my fingers that I have a chance to make it to the National Diet Library if and when I make it to Yokohama. 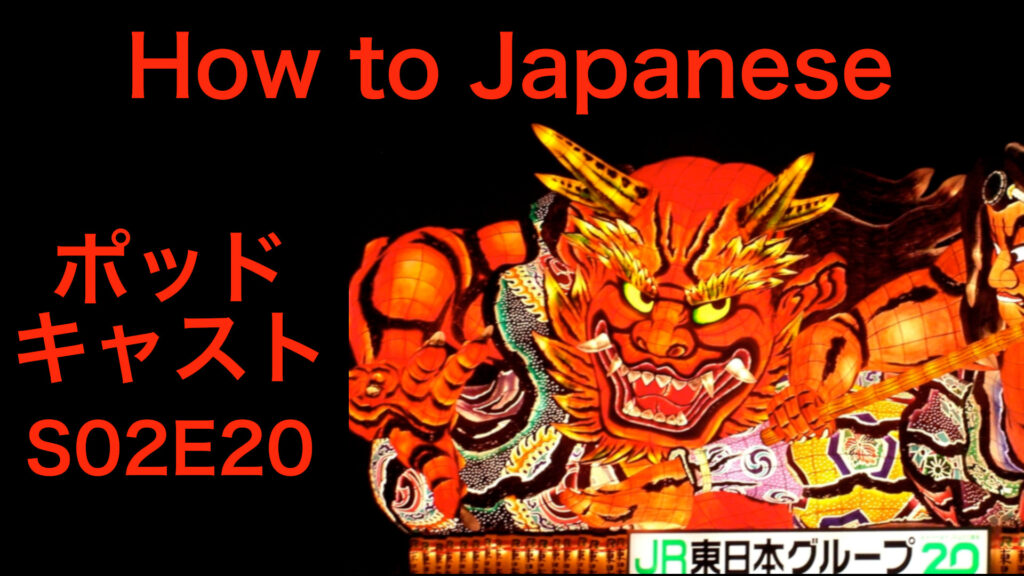 On the final episode this season, I talk about the importance of celebrating your little victories as you study a language. And in Japanese, I think about how to balance introversion and extroversion as you’re studying. Listen until the end – I provide a short update on one of the episodes from Season 1. 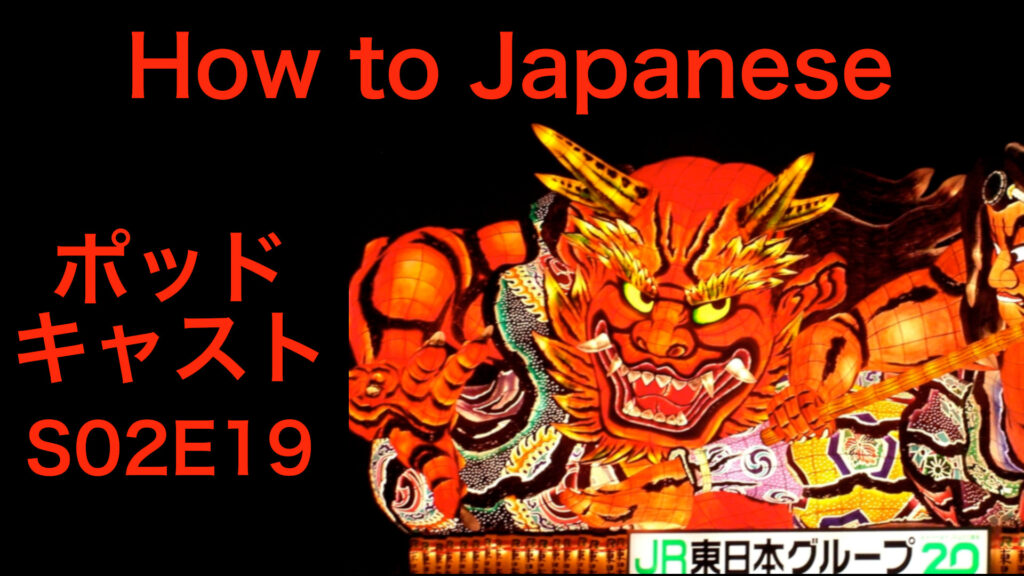 Jens Petersen has been working in real estate in Tokyo for over 13 years. He initially found interest in Japanese independent music. In recent years his interest has also branched out into the art world. We spoke about learning Japanese, finding an immersive environment, and job hunting at job fairs. 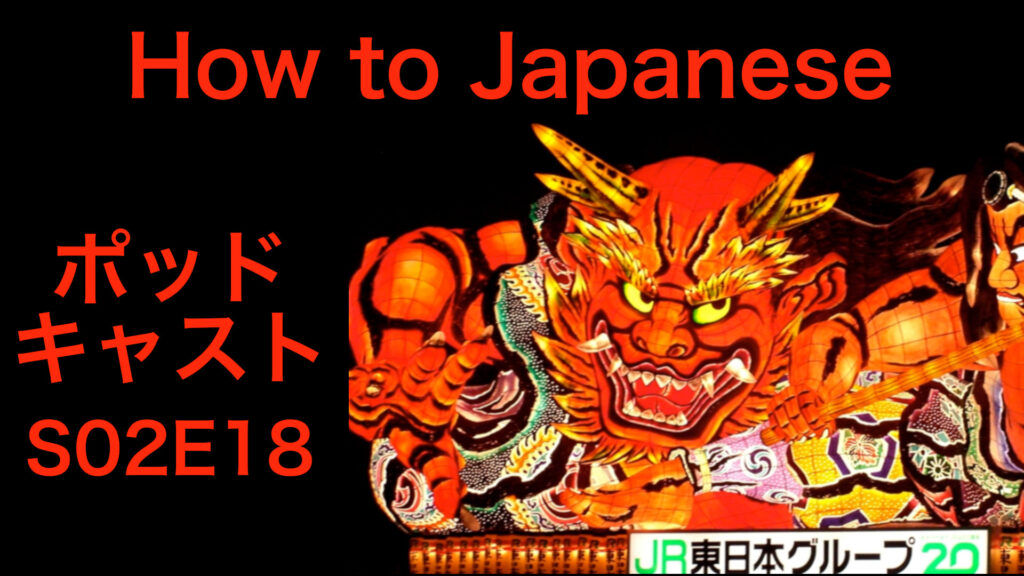 There is an official order to the 都道府県 (todōfuken, prefectures) in Japan. I share some thoughts about it and in Japanese discuss the importance of learning how to really devour (貪る, musaboru) your Japanese studies.

This is a nice post with a close look at the numbering. Here is the official website for the 全国地方公共団体コード. And I previously wrote about the alphabet in Japanese. 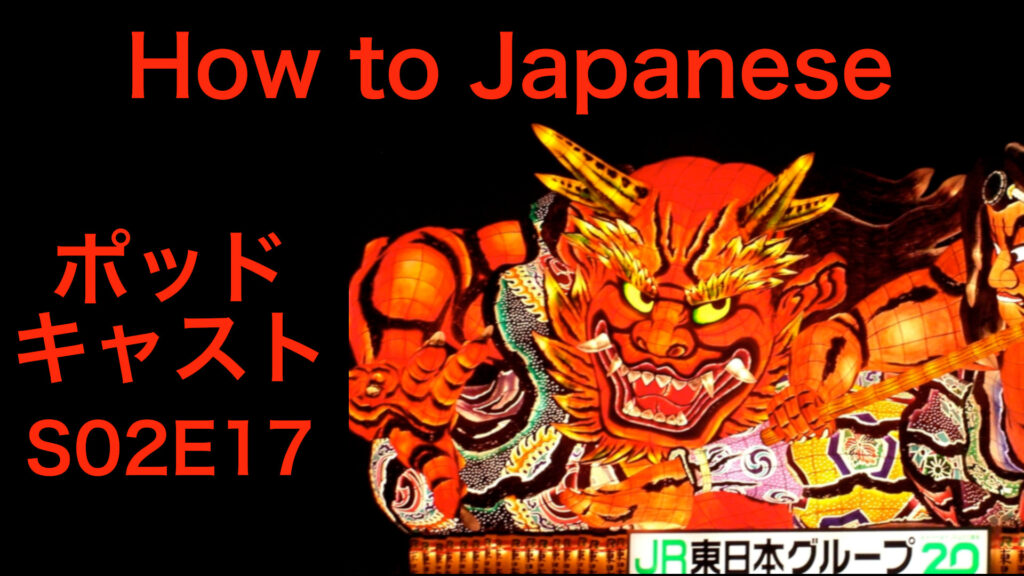 Molly Des Jardin is a language and computer nerd who came to study Japanese, and later book and media history of modern Japan. She quickly got sucked into both for the long term and enjoyed the ‘B-kyu’ adventures she got to have while working or studying in Fukuoka, Yokohama, and the least cool wards of Tokyo. 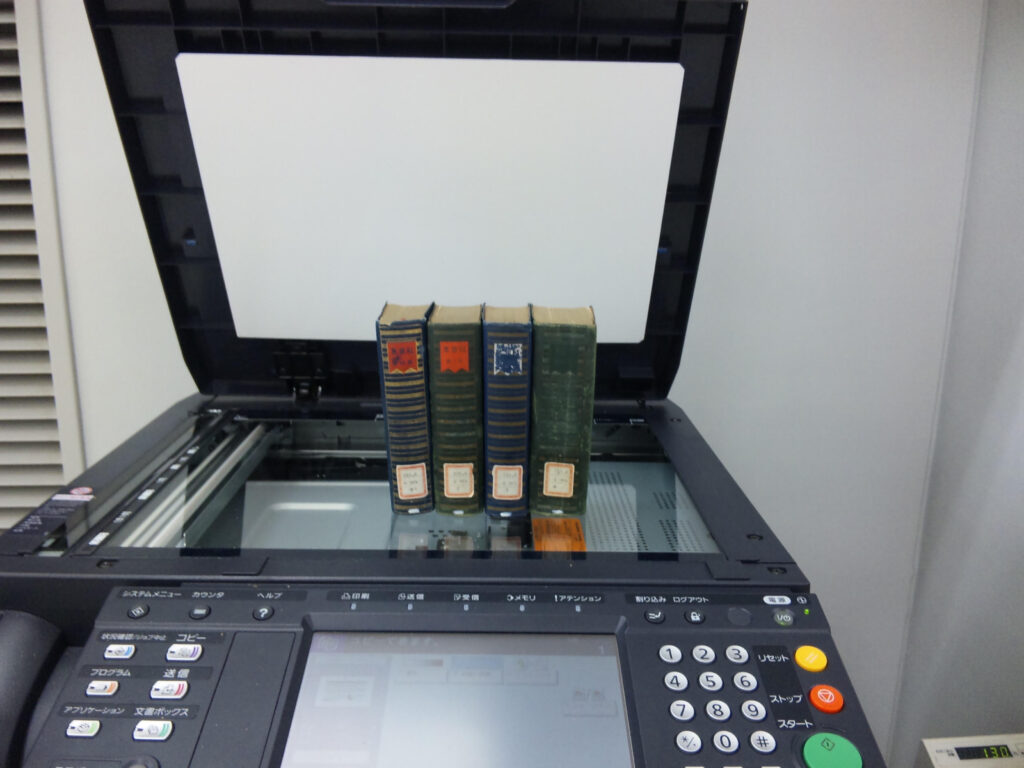 Courtesy of Molly, this is a photo of Ozaki Kōyō’s four-volume 紅葉集 (Kōyōshū), pub. Shun’yōdō (春陽堂) 1909 and how one who access the original text (in its original binding!). 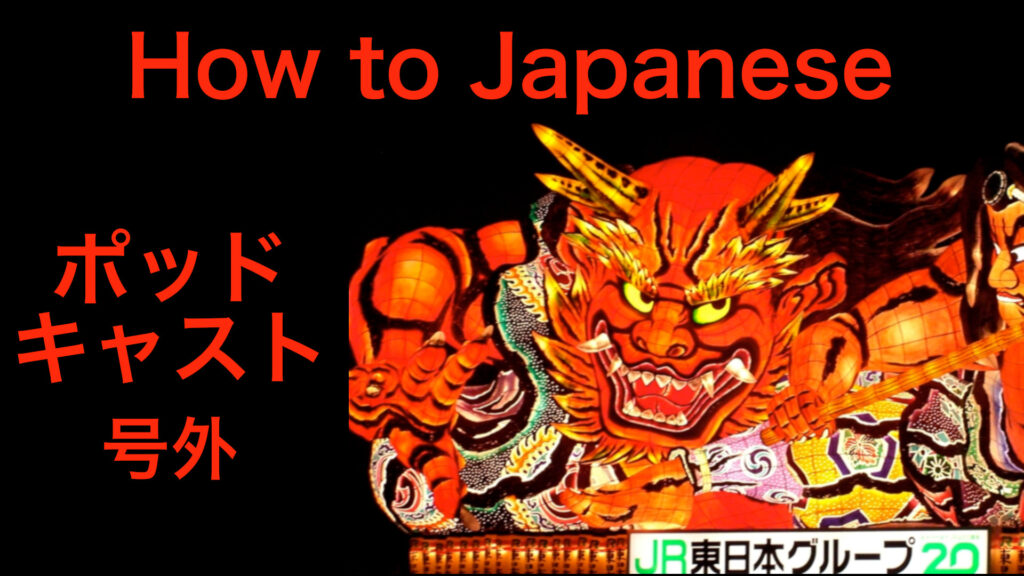 Extra extra, read- er, hear all about it! Special edition of the How to Japanese Podcast! This is an audio version of a presentation I gave to departing JETs at the Consulate-General of Japan in Chicago. Usually I’m able to drill the JETs to get them speaking a little Japanese. Obviously it’s virtual this year, so I recorded a version to use as reference. This material might be useful for others interested in teaching in Japan. Follow along with the slides, which can be accessed here. 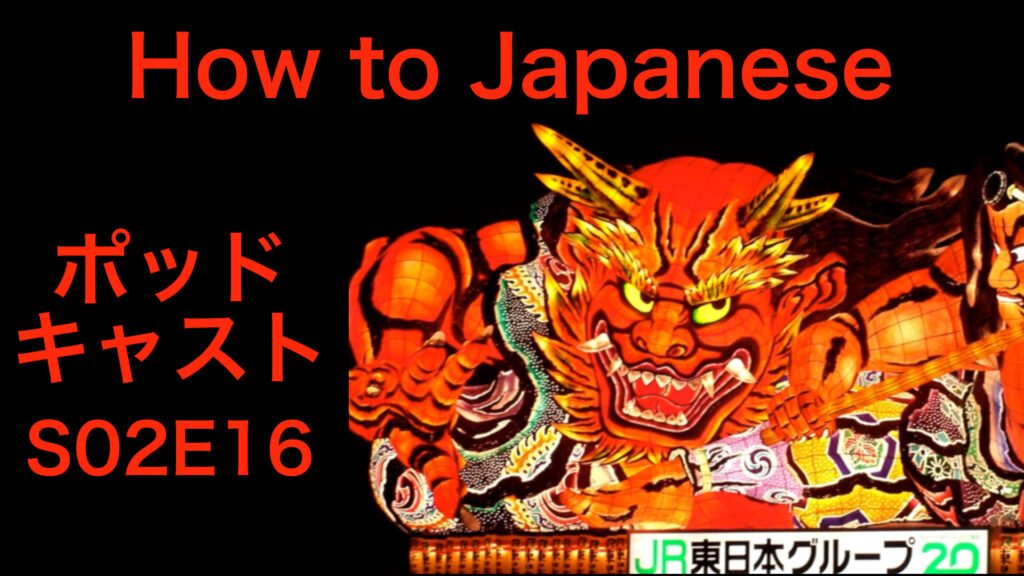 What’s something that surprised you about Japan that was completely ordinary? For me it was the access to swimming pools. Living in Japan changed my relationship with swimming for the better. And in Japanese, I talk about 趣味 (shumi, hobbies/interests) and their role in Japanese study. 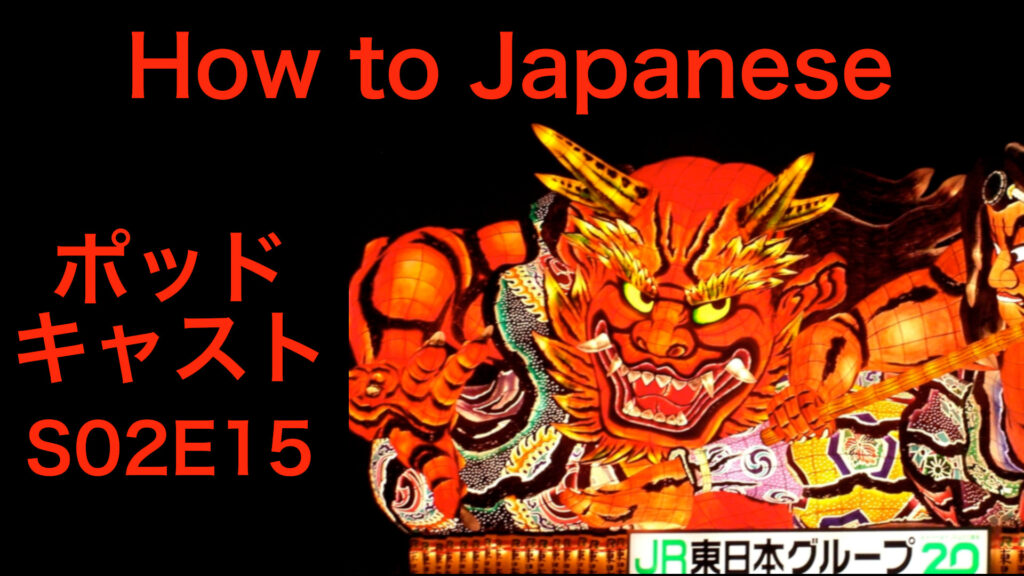 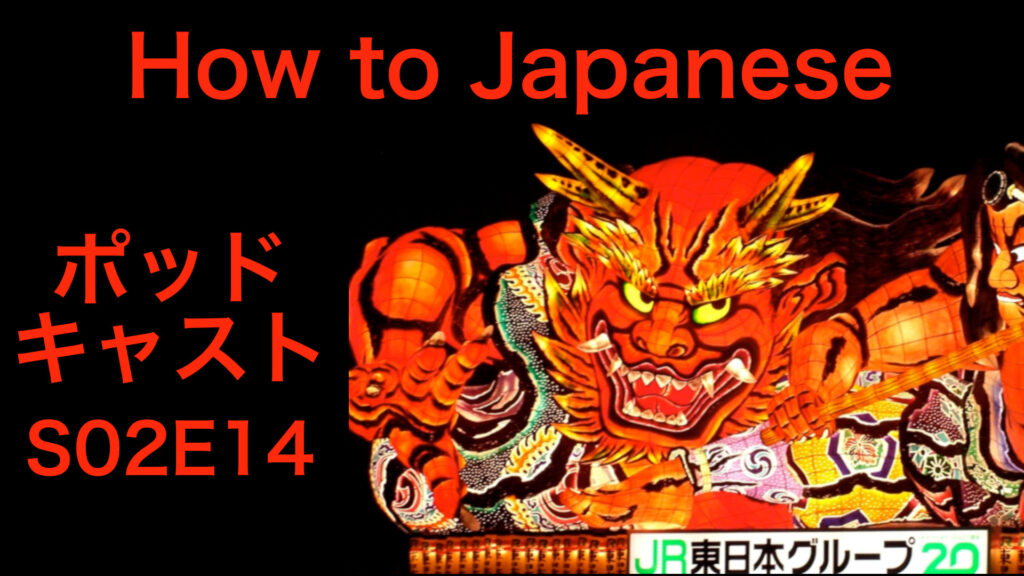 The Katakana Fallacy is the mistaken belief that katakana are more difficult to learn than hiragana (and maybe even kanji?!). A closer look at what drives this believe helps explain why Japanese is, in fact, the easiest language in the world. And in Japanese, I talk about linguistic crutches and how to avoid them.

I’ve been writing about the ideas behind the Katakana Fallacy since this post in 2008. And this is the Anki deck of katakana words that I mentioned might be helpful. 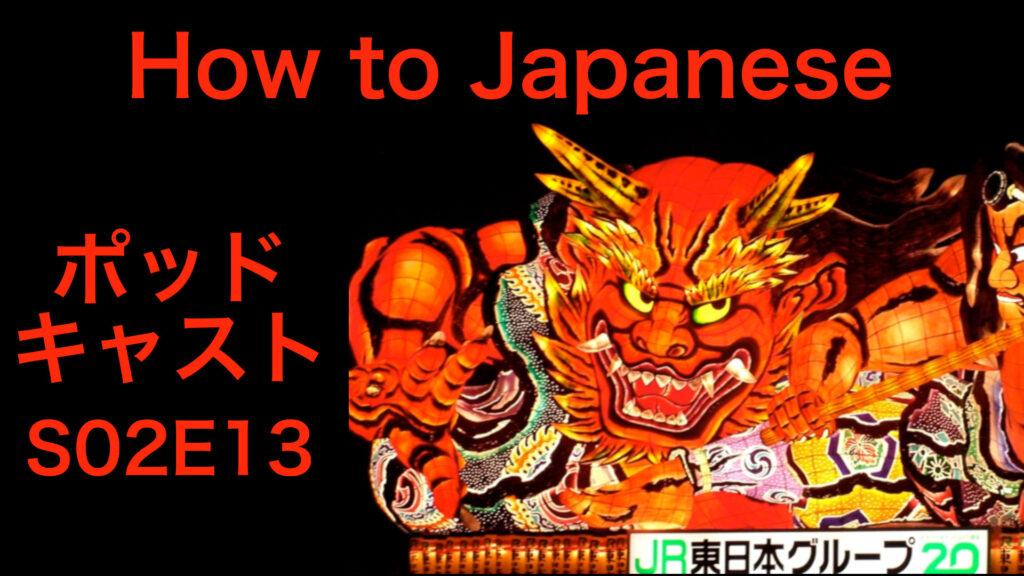